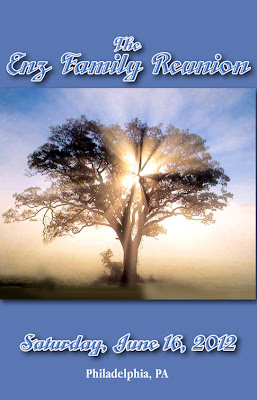 
Saturday, in the city of brotherly love, over 50 descendants of the Enz family gathered to meet, learn and share information about the original Enz immigrants that came to America from Drackenstein, Germany.


People came from as far away as Oregon. The oldest person there just turned 89. There are only 8 living grandchildren of the immigrants and we had 4 with us. Incredible living treasures.


I had only talked on the phone to most of them, having dialed them up to say "I think we are related!" Surprisingly, no one hung up on me!


This family represents a small branch of my mother's family, but what a force they are! The 6 immigrants produced over 50 children, although not all survived to adulthood. This family's surname in America died out in 1941 when my 2x great grandfather passed away, but it still going strong in Germany. (He had 8 daughters and his brother's only son had daughters.)


All of this came about because of a gift from the past...letters written from our immigrant ancestors to their families back home in Germany. Letters so precious, they were kept safe for well over a hundred years! The clues in these letters piqued my curiosity about the people who wrote and were written about, and I started digging with earnest. I have written many blog entries about these letters and the letters themselves (with translations) are all posted on www.EnzFamily.net.


I showed a video about the family's beginnings as an overview for attendees. (It is on YouTube HERE.) I also made a booklet for each attendee to take home with photos, documents and info on the early family history.Then a cousin who traveled to Drackenstein showed photos and videos of his two trips there. It was incredible to see the churches, homes, fields and towns they walked. 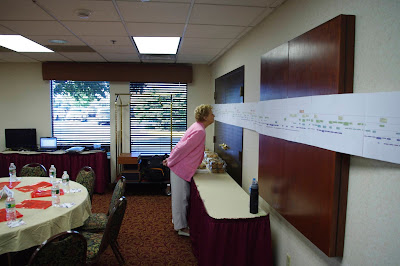 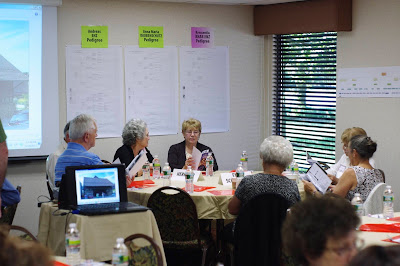 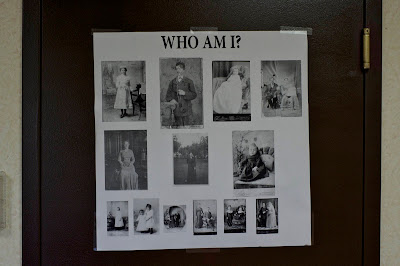 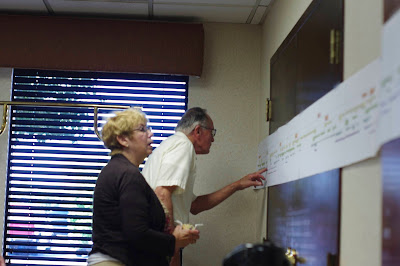 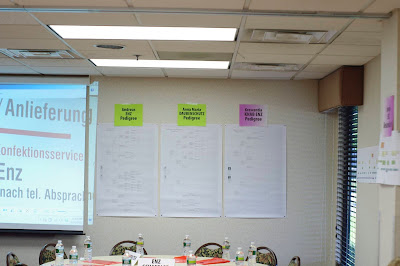 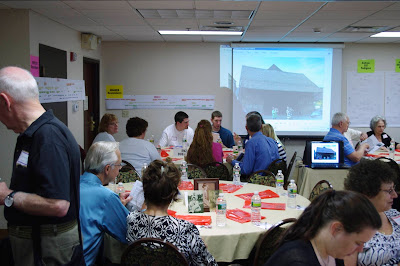 I had hung a descendant chart starting with the parents of the first immigrants up to present day that measured 24 feet long! It was fascinating watching people find themselves on it! I had smaller charts beginning with each immigrant hanging up and pedigree charts for both parents as well, reaching back to the 1590s. 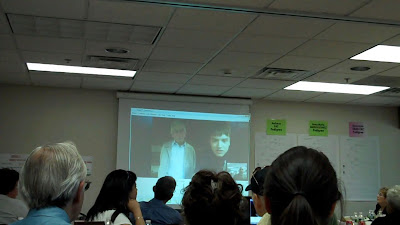 After a delicious lunch, we Skyped with the Enz cousin still living in Drackenstein. What a thrill! We showed him all around the room to see his American family. He talked about a relative that visited his home in the 1930s and to his surprise, her 2 sons were at the reunion and were able to chat with him.


I talked to him briefly (his grandson was translating) to thank him for saving those letters and photos. I have tons of questions for him, but will do that later.

I can't explain how generous my new cousins all were with their time and knowledge. They brought photos and other family treasures to share. I could have sat with each for hours, but time didn't allow.

There were 2nd cousins that had never heard of each other, seeing photos of a parent or grandparent the other had never seen. Similarities in appearance and personalities being compared, memories being shared. I got to see the faces of people long dead that I had obsessed over finding in order to track their children forward. In a word - AMAZING!

I can never top this!